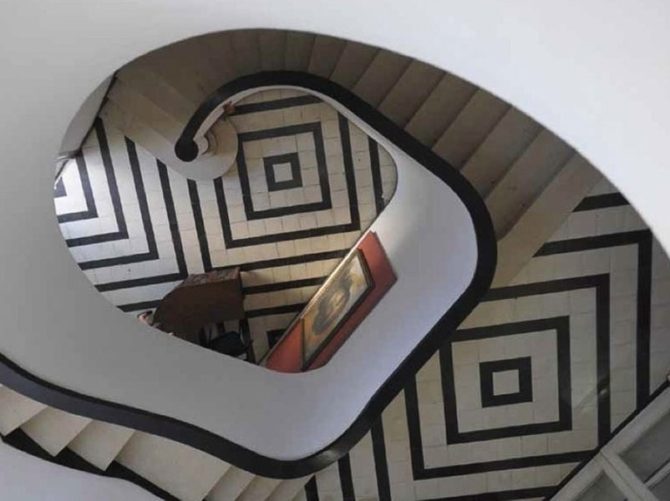 HAVANA, May 6th (HAVANA TIMES)  Among Havana’s dominant architectural eclecticism, the beauty and sobriety of other, more novel tendencies that arrived at the island between 1930 and 1940 strike the eye.

The baroque Havana of columns and architecture capitals was also once seduced by Art Deco, a style that, on the Caribbean isle, was marked by a wide range of creative processes coming out of Europe and the United States.

Walking down the main arteries of the Cuban capital, one can appreciate the vestiges of the Art Deco style, from modern monumentalism to Streamline tendencies, in such renowned places as the Bacardi and Lopez Serrano buildings, the Maternidad Obrera building or the Catalina de Laza mausoleum in the Cristobal Colon Cemetary.

This architectural legacy was documented by architect Maria Elena Martin Zequeira in her book Havana Art Deco: Architectural Guide. She shared some details of the books with us. 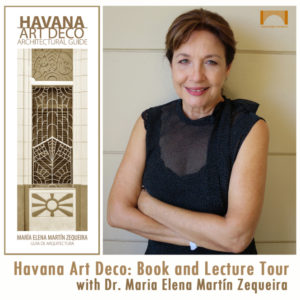 HT: Where did the idea of writing this book come from?

Maria Elena Martín: This guide to Havana’s Art Deco architecture is a fairly old idea. I’ve been doing research using primary sources of information at the national archives for many years. The idea stemmed from the large numbers of buildings in Havana with this international style.

My main interest is generating interest in the subject among Cuban architects, because there is much neglect in terms of preserving the original features of these buildings and conserving them for future generations. This vast and highly valuable heritage is constantly suffering because of the lack of information of the public and State institutions.

Havana is very much deteriorated at the moment. An Art Deco gem, not only Cuban but also Latin American, the Pero Borras Children Hospital, was recently demolished, an unforgiveable mistake. It was an enormous building owned by the Govantes y Cabarrocas company that was once a vanguard piece in terms of design.

Fortunately, the Copperbridge Foundation in the United States became interested in financing the project. We planned on presenting it at the Art Deco Congress held in Cuba in 2013. It wasn’t ready at the time because we didn’t have all of the financing at the time. Now, it has at last seen the light of day.

HT: How is the guideorganized?

MEM: The guide includes 200 examples. It is a selection that includes the most representative buildings in that architectural style in Havana. We documented the municipalities where the largest number of such buildings are concentrated. These are Old Havana, Centro Habana, Plaza de la Revolucion, Playa, Marianao, San Miguel del Padron, Boyeros, Diez de Octubre and La Lisa.

HT: What is your opinion of the large group of architects and experts from the United States who recently visited Cuba?

In the Colon Cemetery

MEM: It was the largest delegation from the American Architects Institute ever to visit Cuba. I thought technocratic architects would come interested in demolishing the old to build skyscrapers, but that was not the case. They showed great sensitivity towards the conservation of architectural heritage.

I have many expectations with respect to the exchange of ideas and intellectual, spiritual and professional support in terms of conservation efforts. I also hope we can secure some kind of material support, but, what I want most is for them to help Cuban authorities in decision-making processes.

HT: What new projects are you involved in professionally at the moment?

MEM: I am working on a project aimed at creating a network of heritage cemeteries in Cuba. They include the Art Deco style, but the main idea stems from the fact that Cuban cemeteries have great architectural heritage and are also in a state of neglect. Every day, we lose marvelous examples of that architecture. 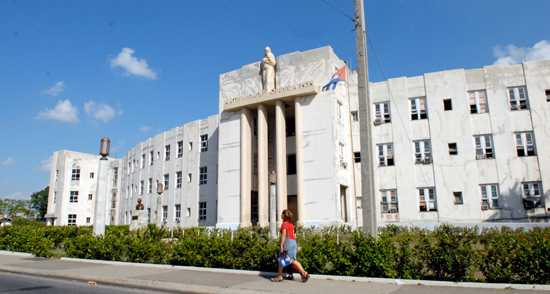 This article was first published in Havana Times