The latest results from five recent diamond drill holes include gradings up to a glistening 7.93 grams per tonne gold and silver of up to 94 g/t, which builds on a previous string of strong results.

The company says results continue to reflect the high-grade mineralisation demonstrated in a collective 50,000 metres of drilling previously undertaken by Canadian mining companies.

Antilles has ploughed more than 15,000m of drilling into the La Demajagua deposit during its maiden drill campaign, defining mineralisation along more than 900m of the strike.

However, assay results were delayed for a while due to the recent hurricane and Covid-19 lockdowns in Cuba. The issues have since been resolved and the company anticipates results will be forthcoming on a regular basis going forward.

The company has pressed the accelerator in an effort to deliver a definitive feasibility study of the planned La Demajagua open-pit mine bringing forward the second and final stage 10,000m drill program that aims to define the JORC resource within four months. The rods will start spinning next week.

Other elements of the feasibility study, including environmental approvals, geotechnical and hydrogeology reports, metallurgical test work for the preliminary design of an 800,000 tonnes per annum flotation circuit and establishment of recoveries and concentrate grades, are all progressing to schedule according to management. 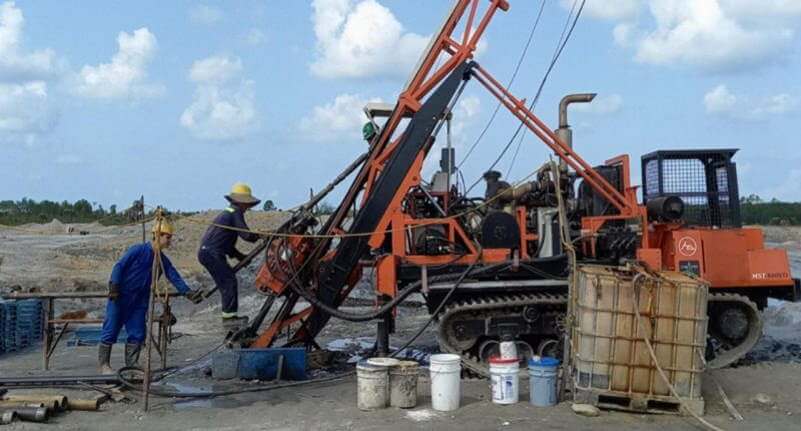 Antilles is eager to commence construction of necessary infrastructure for the La Demajagua mine including site works, offices, workshops and camp accommodation by mid-2022. This will be followed by pre-stripping of waste from January 2023 and a turnkey supply of crushing, milling, and concentrate circuits, along with an eight-megawatt power station.

The La Demajagua gold-silver deposit is located in southern Cuba, on the Isla de la Juventud, some 100km south of mainland Cuba. The Antilles and its government-owned joint venture partner, GeoMinera SA, have recently established a dedicated exploration office in the regional capital of Camaguey in southeast Cuba.

Presently, the company’s exploration target over the deposit is an impressive 16 to 20 million tonnes at a grade ranging from 2.3 to 2.7 g/t per gold and a handy 17 to 23 g/t of silver. The company says it is targeting a resource at La Demajagua greater than 1.2 million ounces of gold and 8.7 million ounces of silver and it will seek to expand that targeted resource as deeper drilling continues to return higher-grade intercepts.

The joint venture is looking at a phased move into production and proposes an initial 800,000 tonne per year open pit mining operation to produce 60,000 tonnes of high-grade gold-silver sulphide concentrate per annum over initial six-year mine life. Upon completion of open-pit mining, Antilles will then assess the feasibility of moving into underground operations, further extending the life of the high-grade mine.

Antilles is now well ahead of its own development schedule at La Demajagua and has positioned itself is at the forefront of the emerging gold mining sector in Cuba.

Along with its joint venture partner, the company is eyeing up potential development of multiple pits and a centralised concentrator based on the previously explored Florencia and Maclama sulphide gold deposits near Guáimaro in southeast Cuba, as well as a very sizeable volcanic-hosted massive sulphide copper-gold deposit at Golden Hills near Florencia.

The company’s consulting geologist, who was actively involved in the deposit’s extensive exploration by a Canadian mining company in the 1990’s, has said the potential of the Golden Hills deposit to define copper-gold sulphide resources is “excellent”. (https://themarketherald.com.au)

9 MEMBER OF THE CUBAN BASEBALL TEAM DEFECT IN MEXICO