HAVANA, Oct. 15th  (AFP) Havana’s streets teem with abandoned animals and are littered with carcasses of chickens sacrificed in religious rituals, while, behind closed doors, dogs are thrown into illegal deadly fights.

But things are changing in Cuba thanks to pressure from a growing middle class, and the island nation will soon pass a law to protect animal rights.

In April, 2019, 500 people marched through Havana to demand a law protecting animals—it was the first independent and non-political demonstration authorized by the one-party state.

A year and a half later, the government will next month pass its first law to protect animal rights, in a bid to wrestle the initiative from a movement with the potential to mushroom.

It’s an important step for a civil society marvelling at its demands being translated into law for the first time and signals a cultural shift on an island of contradictions between tradition and modernity.

Cuba’s streets are full of dogs and cats in a poor state, often abandoned for economic reasons. The lucky ones are picked up by individuals or animal welfare groups who sometimes go hungry to feed them.

‘You can never stop saving them’

In Havana’s San Miguel del Padron neighbourhood, 49-year-old housewife Noris Perez organizes her life around 23 cats and 38 rugged dogs, the first of which was rescued eight years ago from a pavement where it was suffering from epileptic fits.

The large dogs live in kennels on the roof while the smaller ones and cats call the kitchen home.

At mealtimes, a cacophony of barks and purrs fills the air as Perez hands out an individual bowl to each and every one. 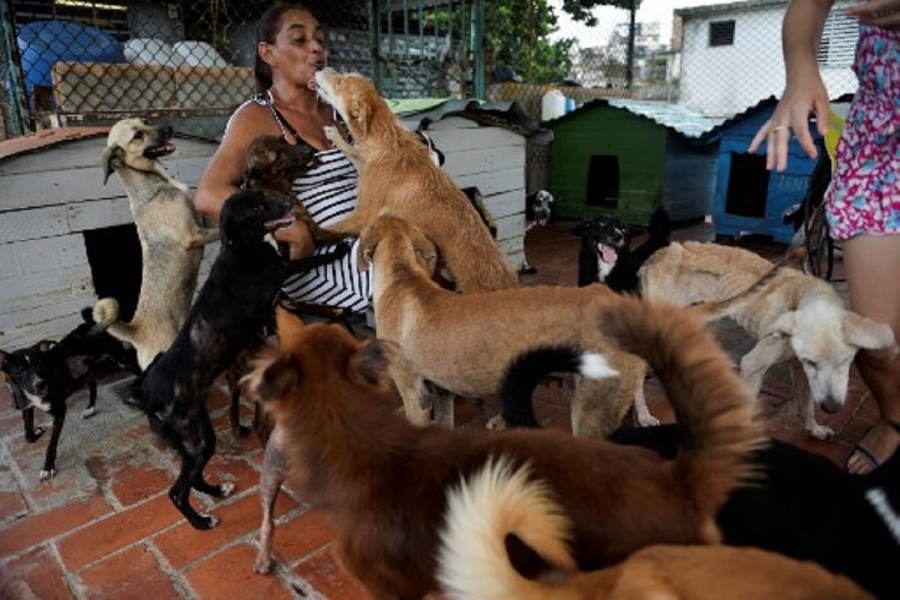 “All this I do alone” with a little help from her husband, daughter and sometimes some neighbours, she says.

The hardest part is feeding them, given that the average Cuban wage is $40 a month and shortages are frequent.

In the Nuevo Vedado neighbourhood, Grettel Montes de Oca, 48, lives with 55 cats and four dogs that roam freely all over her house, except the living room.

“I have a friend that says this is the ugliest dog in the world,” she laughed while stroking Yoki, an old black dog with damaged teeth and tatty coat that indicate a past of mistreatment.

A professional dancer, Montes de Oca had never owned a pet until she picked up a black cat in 2007.

“Once you start saving them, you can never stop,” she said.

She’s set up a foundation to protect animals that is tolerated by authorities, although not legal.

An animal rights law “is the dream of all animal defenders, especially in Cuba where we’ve been fighting for 33 years for that.”

“We are amongst the most backward countries in Latin America and the Caribbean,” she added. “It’s as if animals don’t exist in Cuba.”

Rosy another animal activists in Havanas Miguel de Padron neighbourhood said, she fight day and night to get enough food and medicine for her 95 dogs and cats. 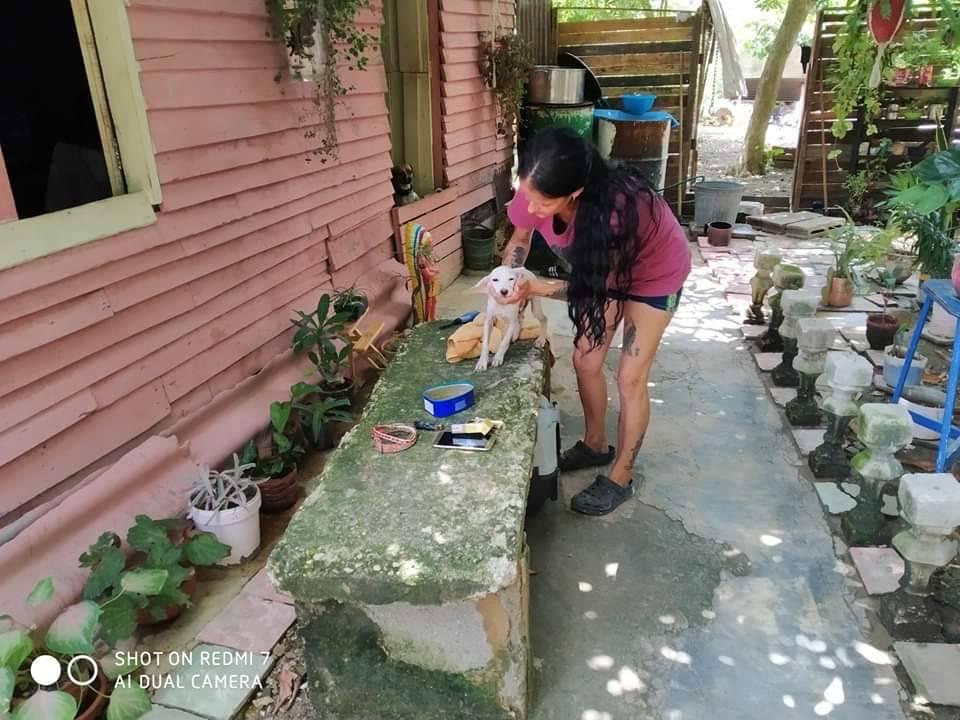 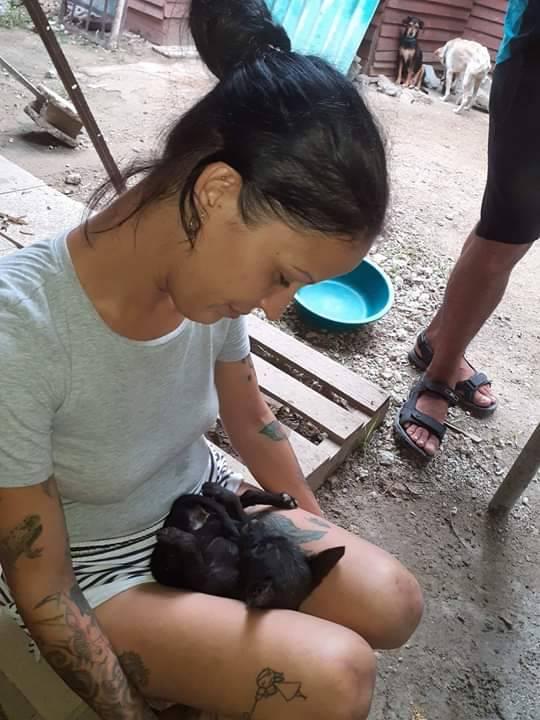 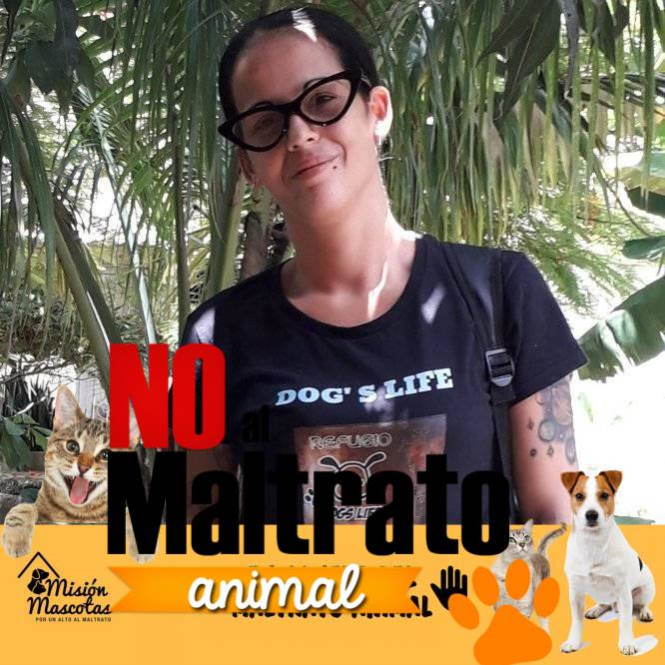 The change can in part be attributed to the arrival in 2018 of 3G internet on mobile telephones that has allowed people to mobilize via social media, notably to promote animal rights, gay rights and fight against gender-based violence.

The emergence of a middle class due to the development of the private sector since 2010 following Cuba’s opening up to tourism has also contributed.

A growing number of people now have the means to buy a car or washing machine.

Some even have enough disposable income to treat their pets to a makeover—there are around 10 canine beauty salons in Havana.

Like several other Latin American governments in recent years faced with a more demanding middle class, the Cuban state has been forced to consider their wishes.

The new law is on the home straight in the hands of the agriculture ministry.

“The Decree-Law will be approved in November … by the State Council and will be ratified by the National Assembly,” said Yisell Socorro, a ministry lawyer. 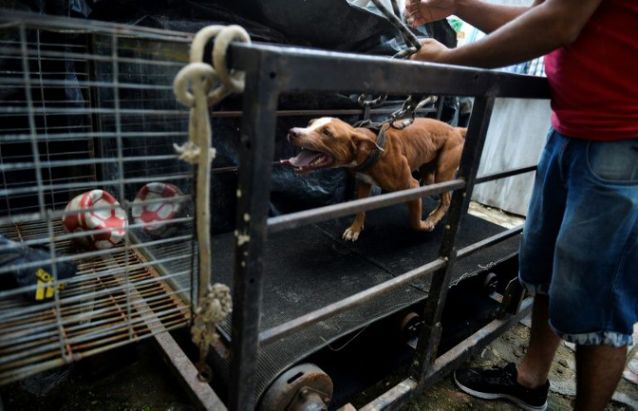 “Respect for animals, the need to avoid mistreatment, abuse, acts of cruelty and above all the realization that animals are sensitive beings that feel pain and pleasure,” added Socorro.

The national animal welfare committee, meanwhile, is focusing on “an educational process”

“We don’t want to have to punish anyone for cruel or denigrating acts towards animals,” said the committee’s president Maria Gloria Vidal.

While offenders could be hit with fines and even prison sentences, the main aim is to change attitudes because “the science of animal welfare is something new.” 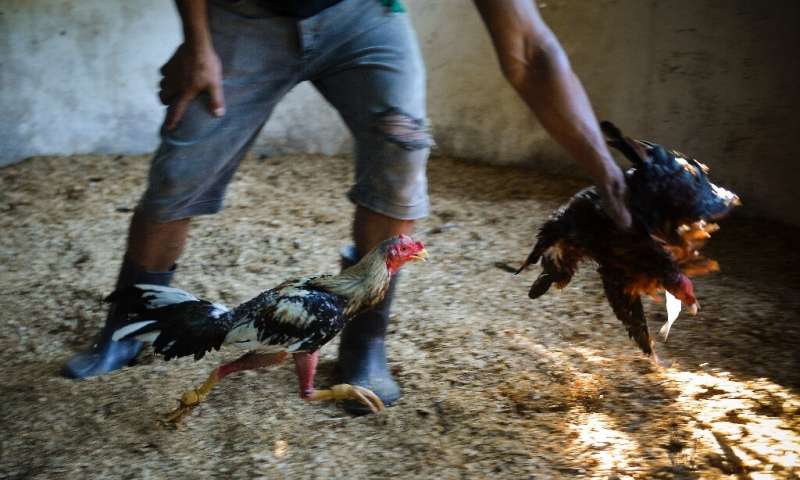 There’s also the issue of confronting a religious tradition of animal sacrifice amongst the Santeria cult—a religion created in Cuba that mixes Catholicism with the Nigerian Yoruba faith brought to the island nation by slaves.

“It would be practically impossible to ban animal sacrifice in Cuba as it’s part of this religion’s rituals,” said Vidal.

“But we can work to guarantee the wellbeing of the animals that are reared and used in these rituals” so that those are “carried out in the quickest, less stressful way possible for the animals.”

It’s not unusual to come across decapitated chickens or pigeons in the streets of Havana as Santeria is the most popular religion on the island.

Depending on which divinity is invoked and the favour sought—such as good health or a child—rams, goats, roosters, pigeons, hutias (a rodent), dogs and cats can all be sacrificed in secret rituals, said Yank Benavente, 38, a Santeria priest known as a Babalawo.

However, he insists he would never sacrifice any of his own animals—he owns around 30 doves and two dogs—and takes great care of those he buys for sacrificial purposes. 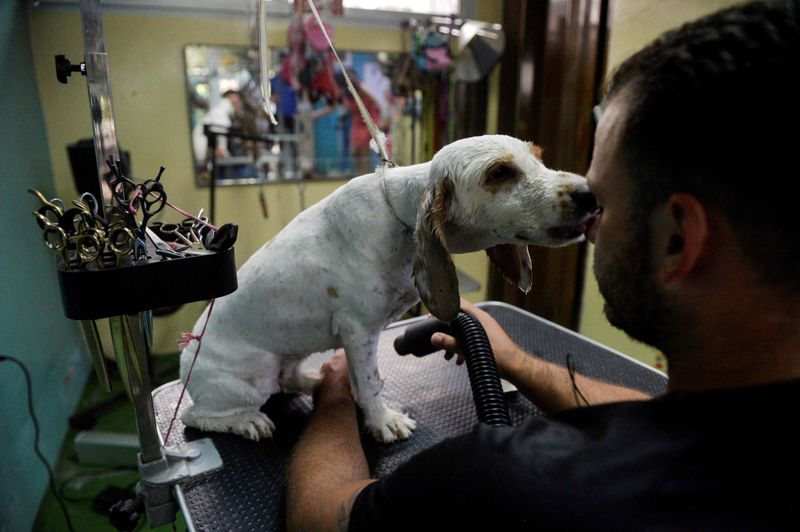 A dog is prepared for a canine beauty contest in Havana

“I’m incapable of treating them badly, to leave then thirsty or hungry,” he said.

The possibility of giving up the practice is out of the question, though.

“It’s part of culture, religion, I can’t see how the law can influence this.”

‘No-one can stop this’

Even more controversial is the question of cock and dog fights.

Often organized in secret at out of town locations, these combats to the death between two specially trained animals are often so savage that the victor also succumbs to its injuries.

That’s not the case for cockfighting, though. It’s an activity that is so anchored in Cuban culture that the family of late revolutionary hero Fidel Castro owned a fighting ring.

It will remain legal “in very specific cases of associations or organizations, for a competition or an event.”

For one fan, who spoke on condition of anonymity, “in cock-fighting there are rules … which makes it a sport that is nothing like dogfighting.” 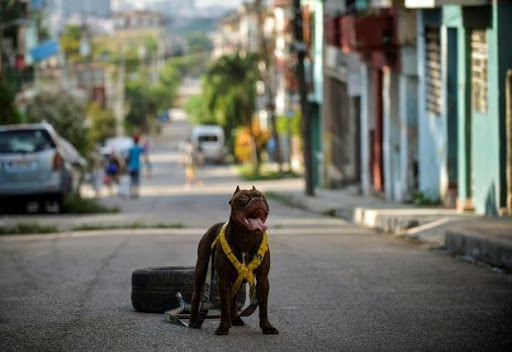 Even a dogfighting fan, who also insisted on anonymity, admitted that “watching two dogs fight is not good.”

However, he said he enjoyed the spectacle on which people can place bets worth thousands of dollars, and even risk their homes.

“No-one can stop this, dog fights will go on,” he said defiantly.

In sharp contrast, at the Don Silver salon in the Santa Fe neighbourhood, cocker spaniel Docky yawns as his claws are filed before receiving a shampooing to remove itchy ticks.

On the next table, chihuahua Luna jumps as a hairdryer is turned on to style her coat.

It was one of the first canine beauty salons to open in Cuba, in 2012, by owner Loretta Rivero, 50.

She says “lots of people have put pressure” on the government to enact change.

“We fight, like people who want progress and change, against others who are more attached to tradition … things that are basically from the third world.”

Some activists hope the animal rights law will herald a change in other areas, such as gay marriage, which is set to be put to a referendum next year. 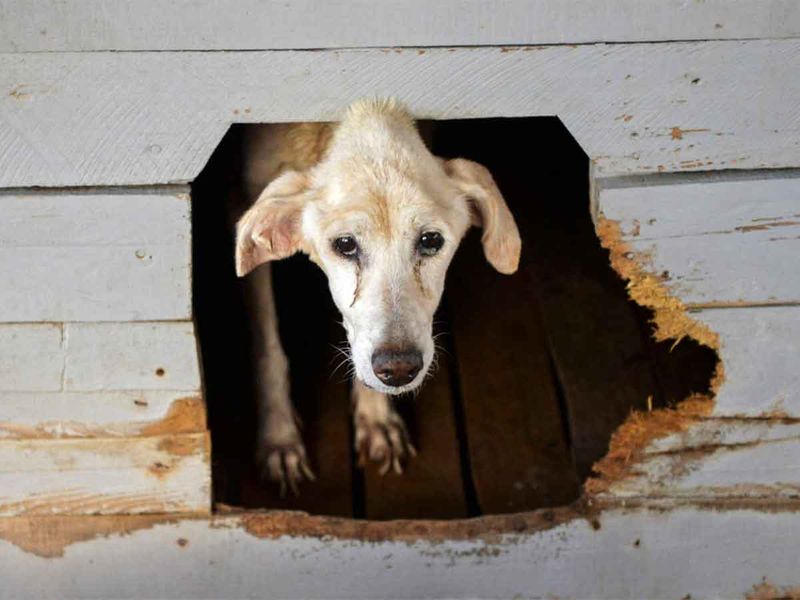 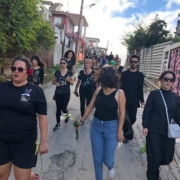