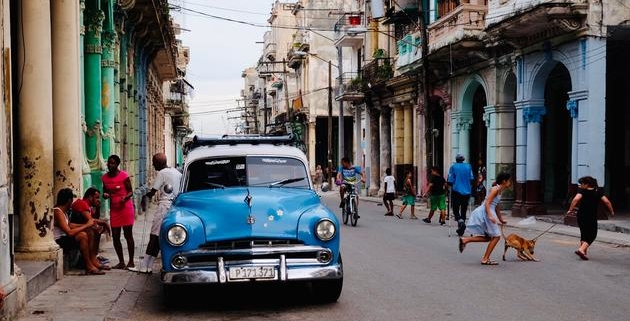 HAVANA, Nov. 6th There’s some good news on the horizon for Americans seeking to explore Cuba.

Destination experts insightCuba has just announced that it is introducing complimentary roundtrip air from Miami to Cuba on its small group tours, effective immediately.

InsightCuba president Tom Popper said the decision to add air without raising tour prices was a move designed to much-needed attention to the destination on the heels of recent regulatory changes regarding travel to Cuba.

In late October, the Trump administration announced that it will prohibit flights between the United States and all cities in Cuba with the exception of Havana. The new order from the administration was the latest in a series of efforts to put a damper on travel to the island. It calls for a 45-day period to wind down flights to non-Havana destinations in Cuba, which currently includes Santiago, Varadero and Santa Clara, among others.

Those who will be most significantly impacted by the lack of flights are Cubans and their family members in the United States because it is visiting family members who most predominantly rely upon the routes to destinations beyond Havana.

However, as many tour operators have since pointed out, travel for the average American tourist will remain largely unaffected.

“Despite the administration’s policy changes over the past two years, traveling to Cuba, not only remains legal but is still easier than it was a few short years ago. And now, it’s even more affordable.”, said Popper. “Cuba is unlike any other destination in the world where travel regulations by the U.S. government have remained in place since 1963, making visits to the island that much more special.”

Complimentary air is available on most insightCuba tours including the 10-day Undiscovered Cuba, seven-day Classic Cuba, and six-day Legendary Cuba, the popular four-day Weekend in Havana, and custom-made tours with dates till the end of 2020.

Air-inclusive packages include roundtrip air from Miami to Havana, Cuba on scheduled service as well as a Cuban visa.

Undiscovered Cuba will include roundtrip air via charter from Miami to Havana and Holguín to Miami and will include Cuban visas.

Since 2000, insightCuba has brought tens of thousands of Americans to this fascinating island country.

Havana, fashion capital for a week