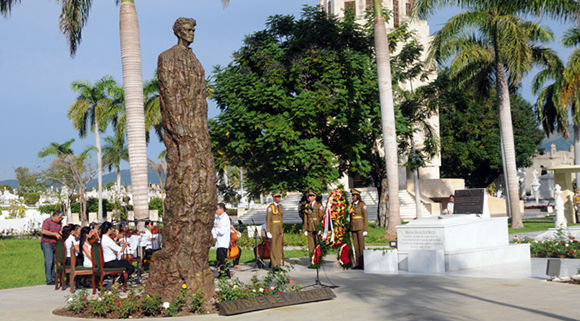 HAVANA, Jan. 14th (EFE) A cemetery of Americans of the Protestant religion in Cuba, located on the island of Youth, was declared a national monument by the Monuments Commission, Cuban television reported Monday.

In this cemetery, the only one of its kind in the country, are buried a large part of the North American settlers who settled since the late nineteenth and early twentieth centuries on the former island of Pinos, renamed Isla de la Juventud in 1978-, located in the southwest of Cuba.

The last burial recorded in this cemetery dates back to 1981 and is that of Estefanía Koenig, descendant of a family of German origin whose members were naturalized as American citizens, explained the historian Wiltse Peña Hijuelos in the television report.

Peña Hijuelos highlighted the importance of conserving this unique site in Cuba, which is proof of the presence of more than half a century of an American colony on the Isle of Pines, as a legacy to future generations for their historical and cultural values.

The “cemetery of the Americans”, as the place is popularly known, is the fifth place declared a National Monument on the Isle of Youth, next to the Modelo prison, in ruins, the El Abra farm-museum, the El Pinero ship and the caves of Punta del Este, an archaeological site that houses cave paintings of pre-Columbian aborigines.

Trinidad Has It All, Says Cuban Tourism Minister

EUSEBIO LEAL CONFIRMS IT: THE PAYRET WILL BE A GAESA HOTEL, BUT WITH CINEMA
Scroll to top