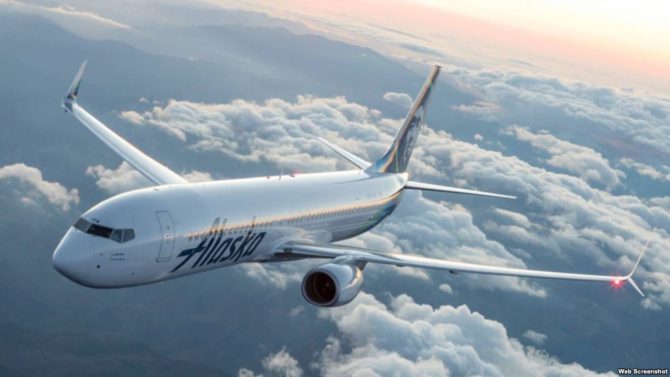 U.S. airlinescompeted aggressively last year for a limited number of slots to begin regular scheduled service to Cuba. Alaska Airlines won the only West Coast route awarded by the U.S. Department of Transportation, a daily roundtrip that starts in Seattle, goes to Los Angeles and then onward to Havana and back.

Over the past two years, the Obama administration has loosened restrictions on travel from the U.S. to Cuba. Visits simply for tourism remain illegal. U.S. travelers need to have a family ties, official business, or an educational, religious or humanitarian agenda.

But will the incoming Trump administration change the rules?

“Your guess is as good as mine at this point,” Alaska Airlines Vice President of Capacity Planning John Kirby said.

“Obviously, there is always a potential that things could change,” he said. “But since service has started, it is difficult to envision us taking a big step backwards.”

Republican leaders of the newly sworn in U.S. Congress have given no indication they will loosen the longstanding trade embargo with Cuba. President-elect Donald Trump has also made hawkish statements regarding the U.S.-Cuba relationship and criticized President Obama’s deal making with the Castro regime, which led to the liberalization of travel and financial restrictions.

As with so many of Trump’s policy positions, significant uncertainty surrounds what the incoming president actually plans to do in office.

Alaska Airlines will use a Boeing 737-900ER, which carries 181 passengers, for its Cuba flights.

“We think the allure of going to Cuba because it’s been restricted to most Americans for so many years is going to be a big driver bringing volume initially,” Kirby said Wednesday. “If restrictions are lessened even further and tourism is allowed, we think this will be the largest market in the Caribbean.”

The entire five member Port of Seattle Commission as well as Port CEO Ted Fick are joining the Cuba trip, while the Port of Tacoma will be represented by Commissioner Connie Bacon.

Last month, Port of Tacoma commissioners debated whether to send anyone at all. Commissioner Don Johnson called the Cuba trip “an absolute boondoggle.”

“If you look at the agenda, it’s just a tour. It’s not business related at all,” Johnson said during the December 15 commission meeting. “The last time I looked we didn’t have any customers down there.”

“I think it is really important to explore the possibilities for trade between Washington state and Cuba at this time,” Commissioner Clare Petrich responded. “We used to be a provider of lentils and our farmers I think have worked closely with Cuba in the past. I hope we can reopen those trade routes once again.”

Alaska Airlines prepared a packed itinerary for the delegation that includes limited time for meetings with local officials. Much of the itinerary is taken up with touring to places such as the Plaza de la Revolucion, Ernest Hemingway Home, the Granma Memorial, an artist’s studio, cigar factory, classic car workshop and several musical performances.

A Port of Tacoma memo estimated the per person cost of the three-day trip at $3,000.

“I will do my best to make it worthwhile,” Bacon said to close debate.

Two Port of Seattle Commissioners, Tom Albro and John Creighton, decided to pay for their travel to Cuba out of their own pockets. The taxpayer-supported port will pay for its other participants’ travel out of public funds at a cost of $1,450 to $1,750 per person, according to a port spokesman.

“This visit will provide the Port the opportunity to explore trade, tourism, and environmental opportunities with Cuba,” read a memo from the commission’s chief of staff justifying the expenditure.

UW President Cauce, who is Cuban-born and bilingual, emigrated from Havana to Miami with her parents during the Cuban Revolution when she was a young child. On board the inaugural flight with her will be a UW department chair from the School of Medicine, Dr. Jurgen Unutzer.

“We’re hopeful that Dr. Unutzer can find some synergies with what Cuba is doing in the area of population health that could lead to some productive partnerships in the future,” UW Associate Vice President Norm Arkans wrote in an email.

Arkans said the UW leaders would travel as guests of Alaska Airlines.