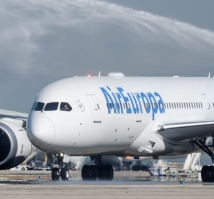 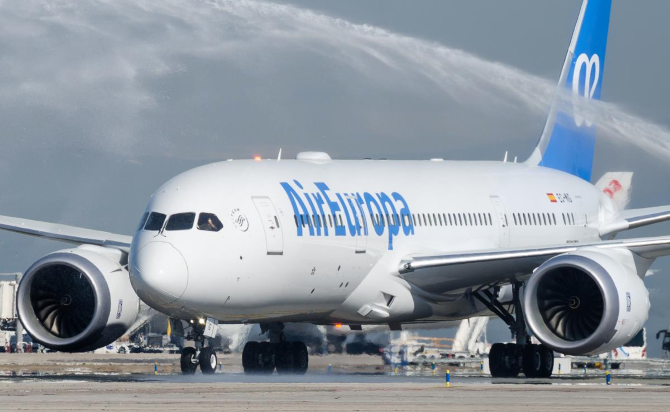 Air Europa’s UK director Colin Stewart said: “Havana is one of the most successful routes on our network, it has grown considerably over the past three years and is tipped to become even more popular. UK passengers can connect through quickly and easily, travelling from London Gatwick to Air Europa’s Madrid hub, before enjoying the comforts of the Dreamliner for their onward journey to Cuba.

“By putting the Dreamliner on the Havana route we are emphasizing our commitment to Cuba – both for leisure and corporate travel. With six Dreamliners now used on our long-haul network, and more to come soon, Air Europa is reinforcing its position as the leading airline flying between Europe and South America.

“Air Europa has recently committed to investing $3.5 billion for the purchase of a total of 22 Dreamliners which will be delivered progressively by 2022. With 6 Dreamliners now in operation, and a further 2 to be added this year, the 787-8 Dreamliner is a key part of Air Europa’s constantly expanding fleet. 14 additional 787-9 models will also come into operation over the next few years.

The 787-8 Dreamliner is fuel-efficient, has lower emissions, operating costs and is quiet. The cabin features are impressive; spacious and elegant and will ensure maximum comfort for Air Europa’s passengers, with a great inflight entertainment system and onboard wi-fi.”

The flight to Havana is timed to depart Madrid at 15h20, arriving in Havana at 20h25 local time. In the other direction, the flight departs Havana at 22h25 landing in Madrid at 11h55 the next day. All Air Europa flights, European and long haul, arrive and depart from Adolfo Suárez Madrid Barajas Airport’s Terminal One making transfers quick, easy and hassle free, with the airline able to boast an impressive minimum connecting time of 25 minutes.

The new Air Europa Dreamliner to Havana is the sixth to be delivered in addition to Miami, Bogotá, Santo Domingo and Buenos Aires, which all now benefit from having the ultra modern aircraft on their routes. Two more Dreamliners will be added to the Air Europa fleet this year with delivery expected mi-May for Montevideo and late June for Lima.
http://www.eturbonews.com/77765/air-europa-fly-new-dreamliner-madrid-havana