According to the report, the Island climbed a seat compared to the classification made by the organization in 2018, when it placed it in the 73rd place.

For the preparation of this list, indicators are measured such as per capita income, life expectancy, and education, lines in which Norway holds the first position and Niger the last, according to the UNDP study.

Among the top ten positions are also Switzerland, Ireland, Germany, Hong Kong, Australia, Iceland, Sweden, Singapore, and the Netherlands. On the other hand, Canada was ranked 13, while the United Kingdom and the United States ranked 15th.

The last 12 positions corresponded exclusively to African nations, among the 36 countries with low human development.

In Latin America, Chile showed the best index when it ranks 42nd on the list, followed by Argentina (48), Barbados (56), Uruguay (57) and Bahamas (60), all considered by the Program as developing countries Very high human, at the level of most European nations.

Cuba is behind Panama (67) and Costa Rica (68) and ahead of Mexico (76), Brazil (79), Peru (82) and Ecuador (85), countries to which, paradoxically, Cubans have emigrated especially in recent years. These positions, however, are expressed as indicators of high human development, a classification that, therefore, includes the Island and other regimes such as Venezuela’s (96).

It only appears in the region, as an exponent of low human development, Haiti, in 169.

The 2019 Human Development Report (HDI), entitled “Beyond income, beyond the averages, beyond the present: Inequalities in human development in the 21st century”, draws attention to a new generation of inequalities, around education, technology and climate change.

Prepared by a team led by the Portuguese economist Pedro Conceição, he highlights advances in the world in terms of health, education and living conditions, however, he concludes that the needs of many people sing without being met.

In the middle of this year, the Cuban government announced salary increases for workers in the state sector, which would report an increase in the average salary to USD 44 per month.

Towards the end of last October, a survey determined that only 11% of the Cubans interviewed considered that their income was enough for them to live with dignity. 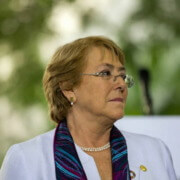 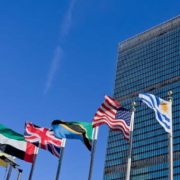 What are the UN and International Law any good for?

Aerogaviota now has flights from Camaguey to Kingston

Heritage4Cuba supports Cuba to enhance the architectural and cultural heritage...
Scroll to top