HAVANA, Oct. 3th   (HT) Never has a Cuban national baseball team suffered as many desertions in the same tournament as those

suffered by the under-23 squad who finally finished in fourth place in the category’s World Cup event in Mexico. Almost half of the players decided not to return to Cuba.

As soon as they landed the bleeding began when they had not yet jumped onto the field to contest their first challenge in this III World Cup for players under 24 years of age (it was extended for another year because it should have been held in 2020).

The 18-year-old pitcher Luis Dany Morales was the one who broke the ice, and he was followed on successive days by fellow pitchers Dariel Fernandez, Yeiniel Zayas and Ubert Mejias, infielder Miguel Antonio Gonzalez, catcher Loidel Rodriguez and outfielders Reynaldo Lazaga and Diasmany Palacios, concluding with the top pitcher of the squad, Brayan Chi.

After the bronze match ended Saturday, the outfielders Loidel Chapellí and Yandy Yanes joined to make the number of desertions eleven.  And watch out, before they touch the island, the list could increase.

Chi had just pitched his best performance of the competition acting in relief against Panama, in the duel that gave the Cubans the chance to contest the bronze against Colombia. At 22, he had already shown credentials with the senior Team Cuba squad in the Florida pre-Olympic event and with Havana’s Industriales, whose fans were excited about him to seek a crown they have not enjoyed for more than a decade ago.

Chapellí also left with good endorsement (he had experienced in the 2017 World Youth Championship and in two National Series when he hit for a .305 batting average with 32 doubles, four triples and seven homers, plus OBP of 419). Morales (who throws above 90 mph in a sustained manner had shown promise in the youth category).

Until now, the maximum number of desertions in a year was nine in 1996, although those occurred in multiple events abroad.

From the very formation of the team, the absences of the pitchers Yunior Tour and Yosimar Cousin drew attention, evidently due to the Federation’s fear that they would abandon the squad if they got the chance.

Clearly, it was not enough to avoid the scandal, and it seems clear that in the future State Security will no longer know who to trust. Lazaga himself, one of those who deserted, had been included on the team at the last minute along with infielder Darlin Luis Jimenez and outfielder Luis Enrique Gonzalez, who apparently were also “suspect”.

When the first six left, the Cuban Baseball Federation released an official statement blaming the Trump government for voiding the previously signed agreement with MLB, and Biden for failing to rescue it.

Regardless of how those who stayed in Mexico fare from now on, I think sports have taken a back seat in Cuba and we are reaping the fruits of the July 11th protests.

Yes, because the repression unleashed since then (don’t forget the many people still in prison) was a very strong blow to the conscience of Cubans. A clear message of “You are either with us or against us”, and that is something very serious, much more when it comes to talented young people who believe they can triumph on another level.

The atmosphere at the hotel where the Cuban squad was staying was terrible, according to sources present. Seeing how one less appeared almost daily at breakfast time could have been another trigger.

What was left of the team played well

From a sporting point of view, it was really remarkable what the boys did in such conditions. Many thought they wouldn’t even make the Super Round, even more so after being overwhelmed by Mexico 5-0 in the first round.

The weak offence was evident from that game, and they were never cured of it, but they won the essential games despite leaving on base the majority of the runners.

They had a couple of decisive games against Chinese Taipei and Panama, which showed they had the conditions for more.

The image left by this selection of newcomers was much better than those of all the Cuban teams in recent years. They showed a desire to play, despite all the adverse conditions. We cannot ignore that the losses of so many players constituted a heavy burden for the coaching staff led by manager Eriel Sanchez.

In addition to the psychological impact evident in the rest, in terms of the game strategy, the desertions added an important burden. It meant a decimated bench in terms of pinch hitters or runners, and the overuse of pitchers. Several players had to play in positions, not their usual ones. Therefore, the players deserve a lot of credit even though they lost 5-3 in the hard-fought bronze match.

The problems they exhibited are the same we see year by year in our National Series and international presentations: lack of clutch hitting and weak technical-tactical thinking in pitchers at key moments. Luckily, the apathy was not there this time, and that is to celebrate.

Let us also remember that before leaving for Mexico these young men carried on their shoulders the burden of returning with good performance because the future of Cuban baseball was at stake.

Before the tournament, Cuba occupied 11th place in the International Federation ranking, and falling below that position could deprive us of attending the 2022 Premier 12 event, which is attended by the top dozen teams.

It could also cause for the first time Cuba to having to seek its classification for the upcoming World Classic at very short tournaments where only a single ticket is awarded. Can you imagine a 2023 Classic without Cuba?

Luckily, the team fought through thick and thin, but they work for the authorities will remain in the air. From now on, who is trustworthy? 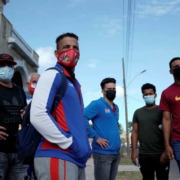 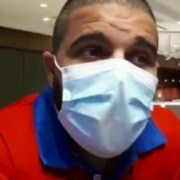 Cuba is developing a natural product to prevent Covid-19