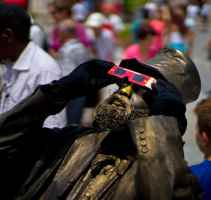 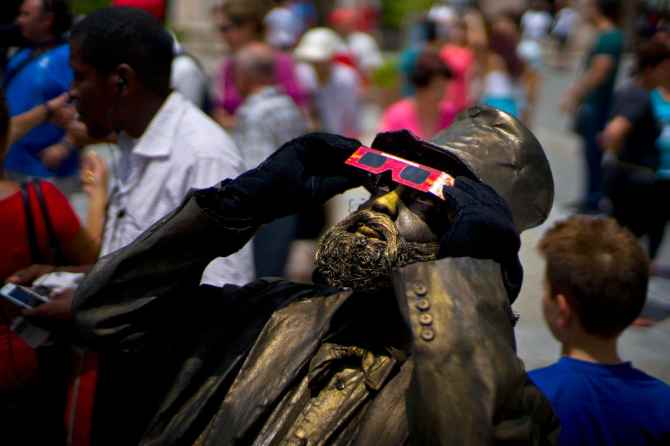 HAVANA .August 22th – Cubans got word about the solar eclipse Monday by way of state-run television, although the local newspaper made no mention of the event.

An hour before the event, some were trying to figure out if their homemade devices would work.

Some women used a shoe box solution they found on the internet.

Indeed, it’s been a phenomenon that’s been part of all cultures in the world and has created wonder everywhere it happens. 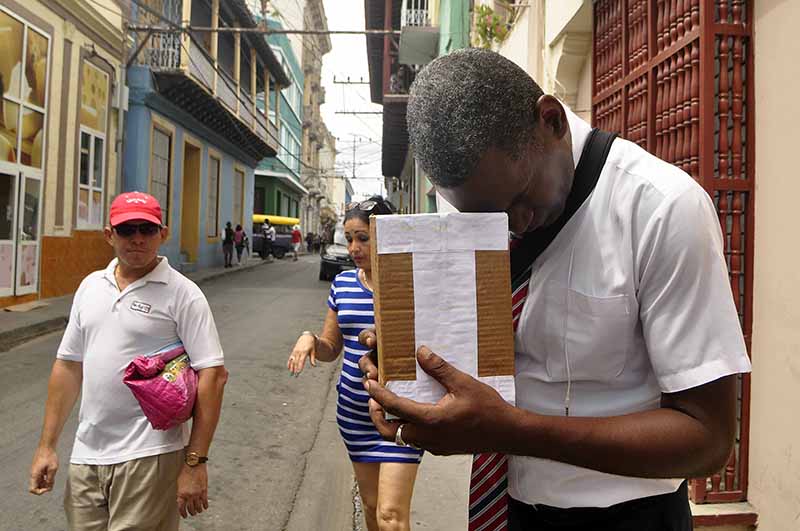 Plaza Vieja turned into a planetarium for the solar eclipse.

The city’s planetarium brought out telescopes so people could see what was happening.

Solar eclipse glasses were hard to find in Cuba, so in the spirit of sharing, people passed them around and enjoyed the magic of nature.

“On the average, you get a total eclipse in the same spot every 360 years,” Havana Planetarium Specialist Francisco Gonzalez said.

Prime time for the eclipse in Havana was about 2:50 p.m., when people could see at least 65 percent of the sun covered.

In a place where the sun is consistently intense, at best the eclipse made the environment feel cloudy and gave people some relief from the heat.