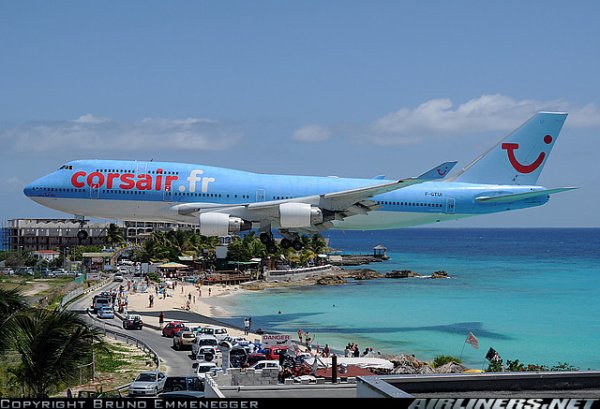 HAVANA, June 9th With the arrival of its first flight ever from Paris to Havana this Thursday, June 8, the French airline Corsair, opened a new route into the Caribbean.

Twice a week, Thursdays and Saturdays, aircrafts of Corsair will land in Havana, with plans to expand the frequency, according to Pascal de Izaguirre, president of the firm and its tour operator TUI France, a subsidiary of the TUI group, a world leader in the tourism sector.

After arriving at terminal three of the José Martí International Airport on the inaugural flight, in an Airbus A330-300 with capacity for 304 passengers, the European representative said he was very happy to be visiting Cuba again.

It is an immense pleasure to be here to open this connection between Paris and Havana, he said in the presence of Yanet Ayala, director of Communication of the Ministry of Tourism of the Island, and the French ambassador to Cuba, Jean -Marie Bruno.

According to the president of Corsair, this Caribbean destination “enjoys great potential for development, not only for tourism but also for economic exchanges.”
Official data indicate that France stands out, together with Germany, United Kingdom, Italy and Spain, among the main European markets that send tourists to Cuba, visited in 2016 by four million foreign travelers.

With more than 35 years of experience, Corsair currently flies to the Caribbean, the Indian Ocean, Canada and West Africa, while transporting one million 200 thousand passengers a year, especially with the latest A330-300 aircraft.

TUI – based in Germany – operates internationally in nearly 180 destinations and has large tour operators, 1,600 travel agencies in Europe, five European airlines, more than 300 hotel establishments and clubs, as well as offering a wide range of hotels and cruises.

Finnair seeks to connect China to Cuba via Helsinki